Blog Blog Why We Need to Redefine the American Mothering Narrative

Why We Need to Redefine the American Mothering Narrative

Leading up to any birthday party one expects a certain amount of anxiety.  But, I was in super anxious mode during my youngest son’s 7th birthday party.  The day of the party I had so many competing priorities.  From work projects I was dreading putting off until Sunday, to a choice between having a well-groomed lawn or clean house and all with only about 5 hours to complete both projects. Needless to say, I was slightly overwhelmed.  So, it was no surprise that when my guest arrived I was not ready.  The cake and ice cream were still at the grocer, the games were unplanned and the kids were just running wild.

I felt like a failure having not lived up to the expectation of what a birthday party for little kids should look like.  There were no matching cups and napkins.  There wasn’t a neatly arranged superhero-themed candy table.  We only had one game. It was musical chairs. Mostly, the adults laughed at the kids doing the nonsense kids do.

During the thick of the party my cousin saw my frustration and said to me.

“Muffy, do you remember when we were kids?  When we had parties we just played.”

That statement was enough to put me at ease. 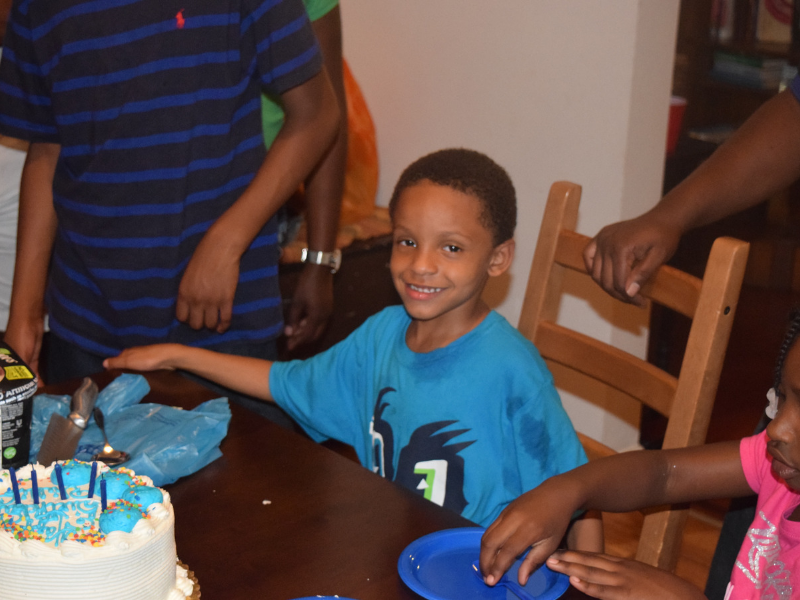 One of my biggest issues with parenting these days is the attempt by America to hijack the experience and turn it into this USDA certified organic, kid-proofed, DIY all the time series of never-ending events.  When I was growing up my mom didn’t care whether our food was organic or generic.  We played outside until the street lights came on.    And the answer to most questions was “Because I said so.”  Not to mention, when we had a birthday party so did the grown-ups.  That meant that they played two games with us. One of those games was always either a dance contest or musical chairs, which I swear was for their own personal amusement.

What I remember most about those parties is that I formed some of my fondest childhood memories.  In those instances of little parental supervision, we made one of our oldest cousins eat bubbles and he couldn’t talk for three days.  It is a memory I will never forget.  At those parties, we made up dance steps and created games that were more fun than any supervised game the adults could fashion for us.

This is #BlackMomLife all the time, and I love it!  But, what I don’t understand is why we feel so funny about it. Why do we even try to curate and create lives that don’t belong to us?  Why are we so hell bent on mimicking the lifestyles and cultural traditions of others when our own are so beautifully Black?

In the last five years, Black culture has really made leaps in terms of beginning to create our own narratives and recognizing the value of some elements of Black culture just as they are.  However, it often feels like we are lacking cultural awareness when we try to upgrade traditions that are already so full of life just because they don’t look right.

This is why it is up to Black women to begin broadening the American motherhood narrative to be more inclusive of us.   We can do this by forming support groups for Black mothers, creating media that promotes the beauty of Black motherhood and the Black family and, most importantly, by being to recognize the cultural traditions in our homes and communities that work, and the ones that do not work.

Mainstream media has defined what it believes good mothering looks like.  You see it on Tide commercials and on shows like Motherhood.  White America has been able to utilize this imagery and positive reflection in order to create common threads of economic and social achievement in their home institutions.  It’s time for Black America to do the same.

With the advent of social media, let us allow YouTube, Facebook and Instagram to be our platforms for connecting and showcasing the beauty of the Black family experience.  Rather than trying to mimic the lifestyles of any other ethnicity, we need to begin to strengthen the parts of being Black that have made our culture so resilient and discard the social markers of our struggle that continue to haunt our homes and communities.  The Brown Mama Monologues is founded on these same principles of shining full cultural awareness on the struggles, truths and triumphs of the Black mothering experience so that we can begin this necessary dissection of the Black family unit in America. 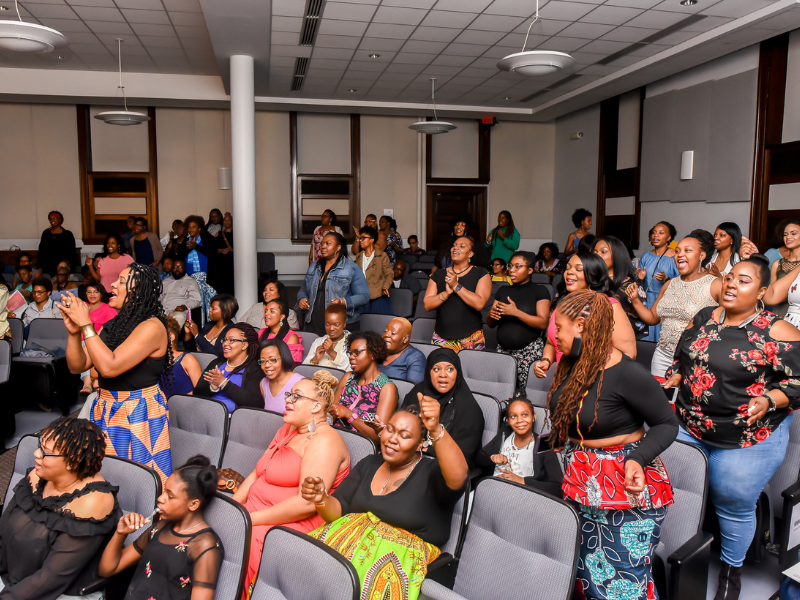 The Brown Mama Monologues is all about pushing not just America, but Black mothers themselves to embrace our version of motherhood.  The reason we give 10 moms the opportunity to take the stage annually and tell their stories is because we want to normalize the Black mothering experience.  Bottomline, Black moms shouldn’t feel bad or misunderstood because our mothering journeys do not mimic that of white moms, or Asian moms or Hispanic moms.  We need to create spaces where Black moms can realize,

Our show is an annual reminder that not only do our stories matter, but that our stories are brave, unique, inspiring, powerful and essential to defining and strengthening the narrative that women have created in this country.   AND, it does NOT matter that our stories are sometimes unconventional tales of arriving at motherhood, or are often full of hills and valleys and that they are many times the stark contrast of what our White counterparts are experiencing.  The story of Black motherhood is so closely intertwined with what has made America what she is that without us there would be no “land of the brave and home of the free”.

Our show is a testament to the fact that we will no longer be ignored, hushed or made to feel ashamed because our mothering journeys are not wrapped in pink ribbons and sat neatly on a mantel for all to marvel at.

Rather than let others define our version of the American motherhood narrative for us, we will hold firmly and stand proudly understanding that our story is still unraveling on these American shores we’ve been forced on to.  For better, or for worse, we have taken lemons in every, single circumstance and created lemonade.

Come on out and see the show! Early Bird Ticket sales end on Monday, April 1st and we don’t want you to miss out!

Muffy Mendoza is a motivational speaker, author, tribe builder and overall awesome communicator. Most notably, Muffy is known for having cultivated a community of nearly 4,000 African-American moms hungry for social change when she noticed a lack of community among Black mothers in the Pittsburgh region. She created Brown Mamas, a sisterhood that connects moms with resources, advice and, best of all, each other. To further fill the void Muffy has created a line of educational products focused on helping Black moms be the best moms, too. Her first book, The Brown Mama Mindset: A Blueprint for Black Moms on Life, Love & Home, was featured at the 2018 Essence Festival and is currently sold in various cities across the U.S. Muffy champions the beauty of Black motherhood everywhere she goes, even on the TEDx stage. She received a standing ovation at the inaugural TEDx Strip District after giving a compelling depiction of modern day Black motherhood. From the TEDx stage she went on to create a stage for other Black moms. That same year she debuted the first annual Brown Mama Monologues showcase to an audience of over 200 moms. When she’s low-key, Muffy loves reading African history books, forcing her kids to watch most boring documentaries and snuggling with her best friend and husband Mr. Mack Mendoza. You can learn more about Muffy at brownmamas.com or muffymendoza.com.